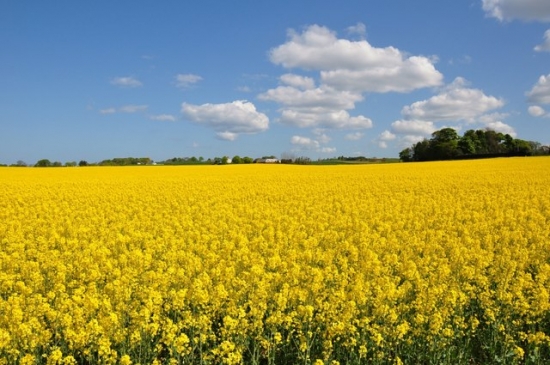 Nowadays it is an important aspect to create the security of energy supply. There are a very few regions in the world, which produce fossil energy, moreover these territories are mainly politically unreliable, using energy export as strategic weapon and tools of political blackmails. Beside food safety, it is significant to reduce the dependency from energy import as well, to which can contribute the increase of biofuel production as well as the reduction of greenhouse gas emmission.

After all the most important factor remains the creation of food safety. The development of food safety is primarily defined by ecological and biological, so weather- and production-related factors.

The growing of various plants competes for the unit of land. Taking into consideration that crop production has geographical barriers, because increasing the sown area of a plant always happens at the expense of an other plant’s production. Producers’ decision – about sown during the year – depends on the relative price of the crop. The saltatory increase in demand of certain crops implicitly brings the growth of sown area of crops. To the enlargement of global sown area is necessary the involvment of marginal areas and the less fertile areas as well, which can be stimulated by growing prices of grain and oliseeds. But the growing population and diet changes increased consumption of meat and milk products obligate more feed area. Producing a calorie of meat have to use crops (feed) on average six times more energy content.

The demand of cellulose industry will rise next to the increasing demand of food and feed crops, which will be taken out by the use of rising raw material of textiles (cotton, flax, hemp) and degradable (environmentally sound) packaging. Therefore, this material will be appreciated, which will result a strong competitve position in the unit of land.

This is exponentially true in the course of producing renewable biofuels from potable grain or cellulose, because there are more industries in the competition for raw materials.

Despite of the relatively low use of food raw materials as biofuel, the battles between food safety and biofuel production had detrimental effect on the global development of biofuels.

The solution for meeting the needs of competitive industries (food-, feed-, biofuel-, textile-, chemical- and recreation industry) for soil can be raising yield per hectare or another feature of cultivated areas. However the newer feature of cultivated areas can cause serious environmental problems, because it has damaging effects on ecosystem. This would help to improve the production of genetically modified (gm) crops. At the same time the licensing procedures of production and international trade of gm crops in the EU are slow, moreover there are some member states, which have introduced a moratorium on the cultivation of these crops. The delay of technology transfer in the EU set back seriously the increasing of specific yield, and through this it has effects on international competitiveness of livestock and biofuel industry.

Energy consumption is gradually increasing with the growing of world’s population. The significant part of energy consumption (78 percent) was based on fossil energy in 2010. That’s why are incontrovertible its harmful effects from the environmental point of view. The necessary of reduction of CO2 emission stimulates the development of renewable energy. Renewable energy were 11 percent of produced energy in the world in 2010.

It is important to highlight the raison d’etre of biofuels in connection with the use of renewable energy, because biofuels made from biomass are able to moderate the pulse of global warming, and to reduce the CO2 quantity emissed by transport even in a 74 precentage – depending on the material.

Accordingly the production and use of biofuels can be a solution for reducing environmental impacts of human activity. At the same time the first generation biofuels from food raw materials do not meet economic, environmental and social expectations which are often contradictory to each other. First generation biofuels are often accused of that their spreading contributes to the increase of food prices, while the causes of growing food prices are oil and natural gas at first, namely the price-boom of agricultural imputs. This can be confirmed even if testing the producting area required for material of biofuels. Only the 1,5-1,7 percent of the world’s grain-growing area were used for growing biofuels materials, which were utilized for producing 85 billion liters of bioethanol and 16,5 million ton of biodiesel in 2010.

There is no question about the necessary of production and using biofuels in Hungary, where the production of bioethanol has begun in 2005 and it was 180 million liter in 2010. The production of biodiesel is modest, the large-scale production started in 2008, and it has reached the 124 thousand ton in 2010. On the one hand along the renewable energy strategy of the European Union created legislation, on the other hand Hungarian undertakes in connection with these legislation engaged for production and using biofuels in a wide range. To the blending obligation for the average of 10 percentage biofuel – standed in Hungary’s Renewable Energy Utilisation Action Plan 2010-2020 – necessary bioethanol and biodiesel materials are ensured, it means approximately 1,5 million ton corn and 470 thousand ton rapeseed and sunflower seed.

At the same time for the sufficient production of biofuel our processing capacity is scarce. To the fulfillment of commitments above, Hungary will be able to comply the blend up of biodiesel to 6 percent, without building other processing capacity, while there are further shortages in processing capacity related to bioethanol. In connection with bioethanol – uniquely in Europe – Hungary has undertaken a required blend up to 16 percent until 2020. Due to the lack of capacity this is a very critical situation. If the investment environment fails to improve, to the commitments the missing quantity of bioethanol must be provided by import – despite of an adequate supply of raw materials.

There are several methods for inspiring the use of biofuels in Europe. Almost all countries adopted the minimum blending obligation for bio-components to fossil fuels. Besides there are tax exemptions (e.g.: registration tax exemption) to support the spreading of Flex fuel vehicles. But the most effective way to disseminate the use of biofuels is to initiate such as discounts which serving the everyday life of consumers, for example providing parking relief for drivers using biofuels. This type of supporting model built on social awareness already has been successfully applied in Sweden. So it can be stated that the base of any initiatives for incentive is to enhance public awareness. Over and above it is essential the wide informed society and entering financial incentives to achive the nationally set targets next to the existing obligations.