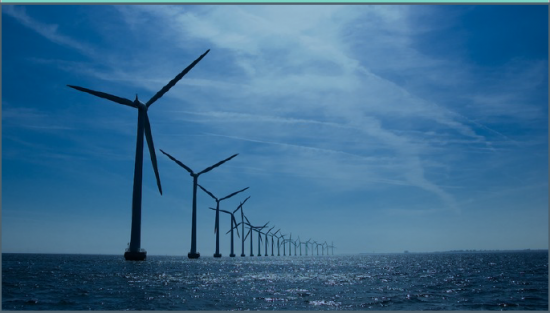 European Union (EU) greenhouse gas emissions fell almost 2% between 2012 and 2013, putting the EU very close to its 2020 reduction target, according to new analysis from the European Environment Agency (EEA). The EU is also on track to meet two other targets to boost renewable energy and energy efficiency by 2020.

„Europe is on track towards its 2020 targets. Even against the backdrop of economic recession in recent years, we can see that policies and measures are working and have played a key role in reaching this interim result. Hans Bruyninckx, EEA Executive Director”

According to EEA analysis of Member States' own projections, the EU is likely to cut greenhouse gas emissions by at least 21 % of 1990 levels by 2020, surpassing its 20 % target.

With 14 % of final energy consumption generated by renewable sources in 2012, the EU is also ahead of the planned trajectory to hit 20 % renewable energy by 2020. Likewise, the EU's energy consumption is also falling faster than would be necessary to meet the 2020 energy

"Our analysis shows that Europe is on track towards its 2020 targets," Hans Bruyninckx, EEA Executive Director, said. "Even against the backdrop of economic recession in recent years, we can see that policies and measures are working and have played a key role in reaching this interim result. But there is no room for complacency. The analyses we are publishing today also highlight countries and sectors where progress has been slower than planned."

The picture at Member State level is more mixed compared to that at EU level. Nine countries were making good progress in pursuing the three linked policy objectives - greenhouse gas emissions reduction, renewable energy and energy efficiency - while no Member State was underperforming in all areas.

However, three Member States are at risk of missing their individual targets for 2013 under the Effort Sharing Decision and projected greenhouse gas emissions for six Member States indicate that they will not achieve their 2020 targets through domestic policies and measures. Furthermore, projections from Member States show little or no emissions cuts in the transport and agriculture sectors.

Last week, European heads of state and government agreed new headline targets for 2030, reducing greenhouse gases emissions by at least 40 % from 1990 levels, increasing renewable energy to make up at least 27 % of final energy consumption and a minimum 27 % reduction in energy consumption compared to business-as-usual.

The current projections for 2030 indicate that further efforts are required at national and EU level to keep the EU on track towards its new 2030 targets, as well as its longer term objectives to decarbonise the European energy system and cut EU's greenhouse gas emissions by 80 to 95 % by 2050.

The contents of this publication do not necessarily reflect the official opinions of the European Commission or other institutions of the European Union. Neither the European Environment Agency nor any person or company acting on behalf of the Agency is responsible for the use that may be made of the information contained in this re

© European Environment Agency, 2014 Reproduction is authorised, provided the source is acknowledged, save where otherwise stated. Information about the European Union is available on the Internet. It can be accessed through the Europa server (www.europa.eu).

This report has been generated automagically by the EEA Web content management system.

This report is available as a website at http://www.eea.europa.eu/media/newsreleases/policies-put-the-eu-on. Go online to get more interactive facts and figures. On the report web page you may download the electronic publication (EPUB) for easy reading on your preferred eBook reader.

“So if you look up here at the screen, live here in this truck, we’re producing almost 60 amps worth of energy from the solar panels we have up on the roof” source:wfpl.org 2016.04.16.
Read more >